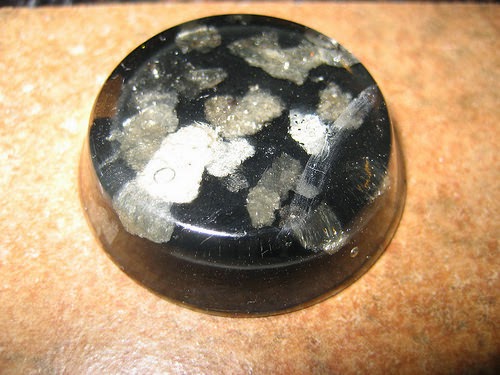 This was so easy. I used some Stampendous Pearlized Mica Fragments left over from a Frog Dog studios swap, black resin dye and Amazing Mold Putty Clear Cast. It was so much fun that I made several other style hair ties which I will also explain. 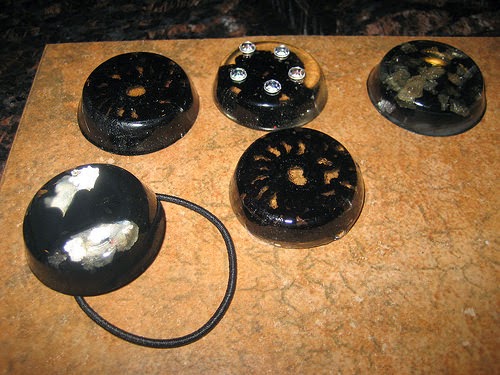 But first, the di-faux-roic piece...

I used a silicone pan with 2 inch discs (found on Amazon) and poured a small layer of Amazing Clear Cast resin. 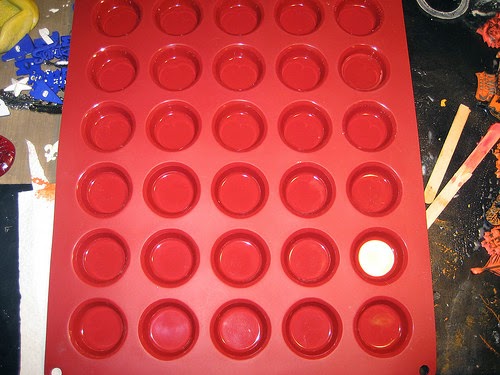 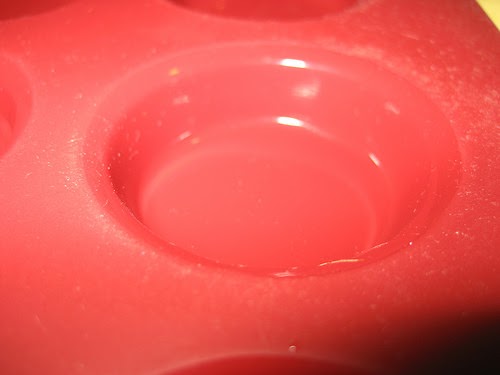 I then sprinkled with some Pearlized Mica Fragments, 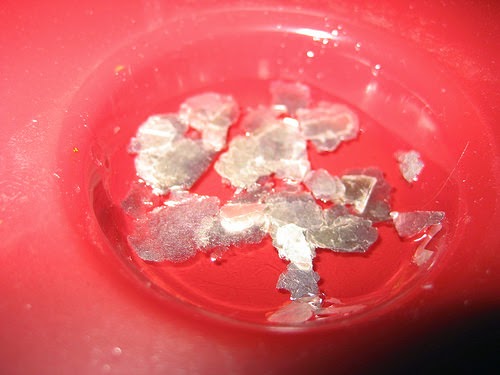 Another small layer of Amazing Clear Cast will seal the fragments. This is to keep the black layer from seeping under the fragments. It must be a very thin layer or the illusion of dochroic glass is lost.

When that cured I filled the rest of the reservoir with more Amazing Clear Cast and a few drops of black resin dye. Mix a small amount of dye with part A of the Clear Cast, then add part B and pour into on top. I have premixed the resin with black dye and have poured clear and then mixed in the black dye. Both methods seem to work pretty well. 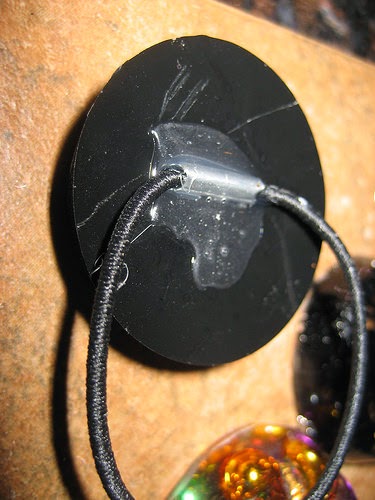 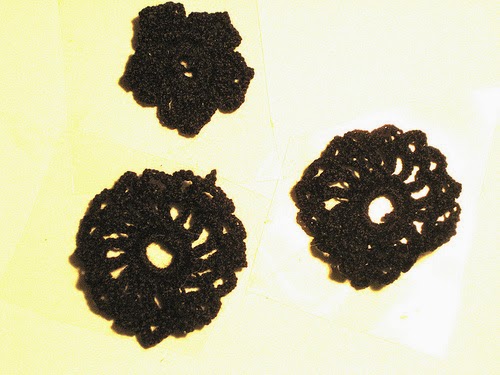 Small doilies found in the $1 section at Micheal's, 6 on a sheet, I always put a layer of Clear Cast first, let sure, then place the items in the circle mold. 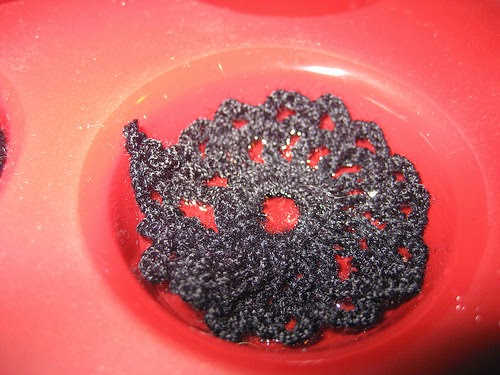 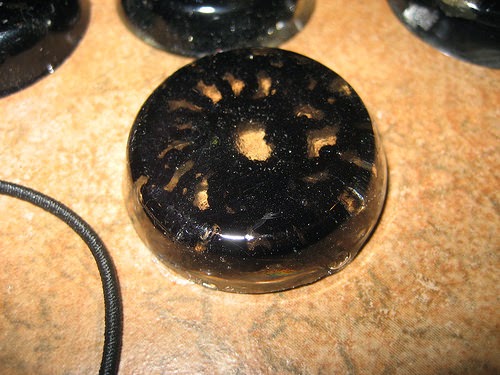 Mardi Gras is coming soon, so here is one with beads. 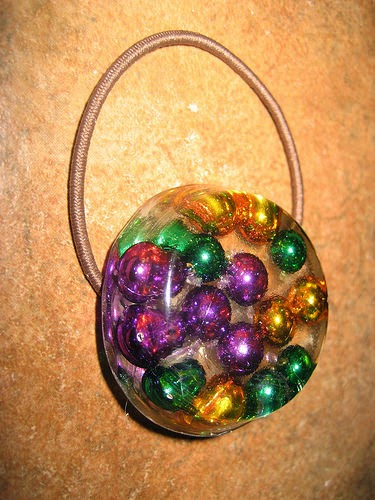 If your top layer gets scuffed, a q-tip and some Clear Cast will fix it right up! 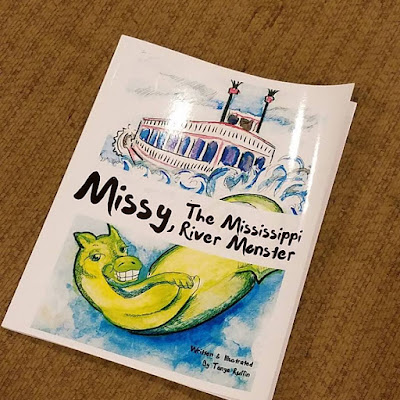